The countdown begins for the closure of submissions to the IWM and FindMyPast’s digital WW1 memorial project.

Back in 2014, at the Who Do You Think You Are? Live show, I was excited to hear about a new project from the Imperial War Museum and FindMyPast.

The project, to mark the 100th anniversary of the start of The Great War, would breathe life back into all those brave men and women who served in the First World War by allowing the public to add details to their records.

This enabled those long lists of rank, surnames, and service number to start seeing information about their births, their photographs, and their life stories being added.

I have added photographs and information to several of my relatives, and one relative (a distant cousin) Frederick Vernon Cross even made it as one of the people on the home page.

This week, an email came through to announce that the project is entering the final year of the first phase, and that there is just one year left to add more valuable accompanying information, with submissions ending on 18th March 2019.

After this date, the site will become a permanent digital memorial to those brave people who served in a terrible war, for us to remember and research for the future.

I still have a few relatives to find on the site, but this reminder will set me on the path to correct that. I suggest you do the same.

For those of you who do Christmas, you’re unlikely to have missed this weekend’s diary fixture.

I’ve seen a lot of new (to me) photos in the last few months, and yet there’s very few that cover Christmas. I was wondering whether my family is unusual in this, in that Christmas time hasn’t been a time of year that the camera comes out.

I’ve found a few photos that I wanted to share – all showing my paternal family, and most showing at least one of those Grandparents in about the 1960s.

The first three photos, all black and white, capture a more playful side of my Grandparents, a side that in the brief time I knew them, I’d not really knowingly experienced as I was probably just too little to realise.

I’m not sure whose house this photo was taken in, but there’s a tiny glimpse of the tree over on the right, and the obligatory bowl of nuts just over his shoulder. And that TV… wow! Might need a special adaptor for the Playstation.

Again, I’ve no idea whose house this is, or whether they’re from the same Christmas as the first photo above, but they capture a playful side of my grandparents wonderfully.

The next two photos show my now late uncle in the family home, and the other shows my aunt, and were taken at the same event just moments apart, and probably from the same spot.

Interestingly, I have all three of the framed photos seen on the walls in these two photos.

I love spotting photos within photos and always rush to get the magnifying glass out when I spot them on the wall, to see whether I have already found them.. or whether they are tantalising glimpses of photos that might be out there in the family somewhere.

In this instance, there’s two of my father when he was a small child (I’ve got them still in those frames) and the other is of my Great Grandfather Herbert Martin who was killed in a train accident France on his way home from WWI.

I love this window into late 50’s/60’s style, and it’s fun to see relatives in a more casual mood – those weird looking Christmas paper hats make me chuckle a lot.

Oh, here’s one more, this time of my other uncle, but whether he’s on the tea because this is the morning after, or whether it’s because he was a Policeman and had to go on duty.. I’ve no idea.

Speaking of style and weird hats, it brings me to the time for me to close this little blog post, with my own ‘style’ and stupid hat, via a photo taken just minutes ago.

Have a lovely Christmas time, and thanks so much for reading this blog through 2016, and for your support and kind words during what’s been a tough 12 months.

May your 2017 be full of broken brick walls, and lofty new branches that are easily climbed.

Celebrating Father’s Day this weekend – check out my photo gallery of 14 of my ancestral fathers.

It’s Father’s Day here in the UK this Sunday, so in the same way that I marked Mother’s Day with a photo gallery, I thought that I would do the same for my paternal and maternal fathers.

Interestingly, there are fewer photographs of my male ancestors. This will of course be down to one or two instances where illegitimacy leaves them absent, but maybe the luxury of late-19th and early-20th century meant photography was only afforded for their wives? 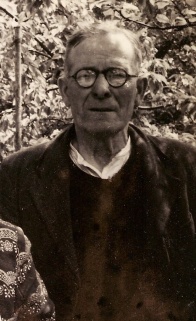 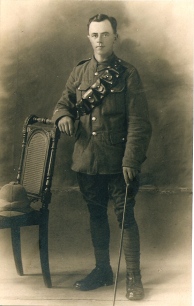 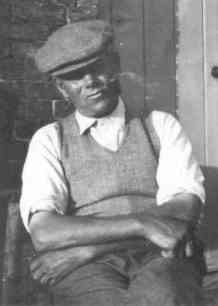 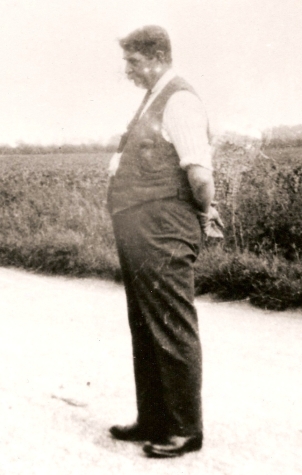 Remembrance Sunday 2012 – Remembering the bravery of those who have served in, and gave their lives to war.

Remembrance Sunday has arrived again, and like so many others here in the UK, i have bought a poppy and will be observing the two minute silence at 11am.

There are seldom few days where I don’t spare my ancestors a thought, especially those who served and gave their life in the ugliness of war with a bravery far beyond anything I can comprehend.

Remembrance 2011 – remembering the brave and heroic who fought and who were lost in war.

I get completely tongue-tied when it comes to writing about war and Remembrance. So instead, here’s some photographs of a few of my relatives. Some of whom made it, others who weren’t so lucky.

Herbert Martin (40572) enlisted as a Private of the 7th Battalion of the Northamptonshire Regiment.

He was tragically killed on his way home towards the end of the First World War in a train accident in France.

His name is featured on the Little Downham war memorial and was until recently also on a stone in the cemetery, along with his sister Emma and her husband John William Goodge.

Herbert is named in the Cambridge Regiment’s instalment in St. George’s Chapel in Ely Cathedral, where it lists the names of the brave who died during the two world wars.

11th November was Armistice Day. It has now been 90 years since the First World War ended. A war that claimed the lives of around 20 million people.

This means that it has been 91 years since the death of my Great Grandfather, Herbert Martin. He was a Private in the 7th Battalion of the Northamptonshire Regiment but was killed in a train accident in Boulogne, France on 17th October 1917. The Battalion landed in Boulogne in September 1915. He was 33 and a father of four sons, all under the age of 8yrs.

His little brother Albert died the following year in Germany, apparently as a Prisoner of War in a coalmine (but that remains to be proven). He was just 19.

His sister and brother-in-law, Emma and John Goodge also died during the War.

This is just one part of my family that was touched by the First World War. Every single person lost someone and every family dreaded to hear that their husbands, fathers, brothers and sons would not be coming home again. I can’t begin to imagine what that must feel like, and I hope I never do.

These were exceptionally brave men. Heroes. Thrown together into an impossible situation in which a large number of them didn’t stand a hope in surviving. I am immensely proud of my relatives who fought for their future – our future.

There is seldom a day that passes where I don’t think about our brave men.