Information about the CROSS family from Ely, Cambridgeshire and their impact on the city, and travels to Australia.

Four centuries living in Ely, the Cross family is also one of the largest and most far-reaching.

With one of the earliest mentions of the family being a baptism in 1669 at Ely’s Holy Trinity Church, the Cross family went on to rapidly grow in to one of the largest families I have researched.

My most recent Cross ancestor was my Great Great Grandmother, Mary Ann Cross who was born in ‘Buggs Hill’ (Cambridge Road), Ely in 1870, as the daughter of George Cross and his wife Sabina Steadman “Vine” Taylor. Following on with her parents’ business skills, she opened a shop on the corner of Barton Road and Cambridge Road in Ely which she traded from until her death in the 1950s. The shop closed in the 1980s and is now a private house.

Whilst Mary Ann was just the only one of George and “Vine”‘s two children to survive into adulthood, her father was one of 12 children. His father Jacob Cross, was in turn one of 11 children, and his father Philip Cross was one of around 15 children! As you can imagine, the potential for descendants from all of these children from the 3 generations is high and resulted in a large Cross population in and around Ely during the 1800s. 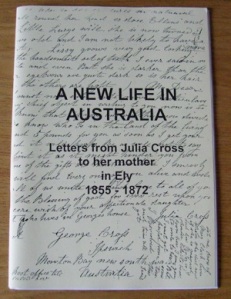 For some though, Ely was perhaps too small with all these relatives around in the mid 1800s. Cross family groups like that of (another) George Cross and his wife Julia decided to start afresh in Australia. In 1855 they emigrated, following their older son Matthew who had already gone there to mine for gold. Julia was literate and a great letter writer, and a book of letters that she wrote to her mother back in England has been compiled and is now sold at Ely Museum.

Descendants of the Australian Cross families are many, but one – Pamela Phyllis McClymont – decided to set up the ‘Cross Family History Society’. Sadly Pam died several years ago, but she was pleased to pass a lot of information on about the family, including her own book ‘Who’s Who: Cross Family (Volume One, 1997)’ which details no less than 372 descendants from that 1669 baptism.

The Museum and the Tea Shop

One of the Ely’s Cross residents, Frederick Vernon Cross (known as just Vernon Cross) took on his father’s thriving bakery business on Forehill in the centre of the city. He transformed the business from being just a bakery into what is seen as Ely’s first tea shop, running regular advertisements in newspapers for delicious cakes and tea. 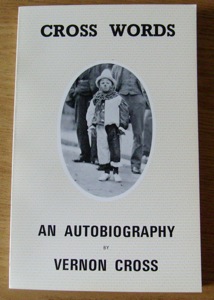 Part of the shop also became a space for Vernon to display the artefacts that he had found with his father at nearby Roswell Pits. These included many fossils and bones and his growing collection had begun to dominate the shop. On Vernon’s death in 1976, his private collection was saved by the then recently founded Ely Museum Trust. Today, the museum marks Vernon’s contribution to the collection with ‘The Vernon Cross Meeting Room’. Vernon also published an autobiography titled ‘Cross Words’, detailing his family, childhood, the bakery and his time at war.

The shop is now part of The Royal Standard public house, but if you go in, you’ll find that there are photographs on the wall of the old shop and even one of the shop signs is hanging on the wall as a nod to its history.

Check out the CROSS family at The Family Tree UK.